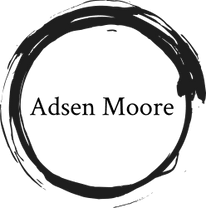 got or considering a rops?

In 2006 the HMRC introduced the systems for individuals to move their pensions from the UK. The HMRC intends for this overseas scheme to be a registered overseas pension and lists the recognised schemes on their website. An overseas scheme should continue to keep the same standards as a UK scheme and the trustees of the scheme are obligated to report to the HMRC

Why should I use a ROPS:

What jurisdiction should I use:

Within a ROPs there are many jurisdictions that can be used dependant on where on an individual is resident.

Disadvantages:  for non-EEA residents there is a 25% taxation upon transfer, limited number of pension administrators

Disadvantages: withholding tax of 2.5%, limited number of pension administrators, non-EEA residents there is a 25% taxation upon transfer.

Maybe a UK scheme is more suitable. Check out our SIPPs

Better yet, see us in person!

Investment returns are not guaranteed and can go down as well as up.